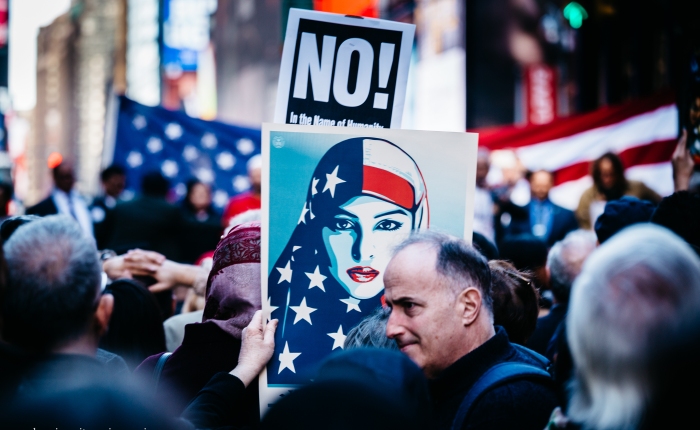 A friend posted his horror and anguish this morning at the ongoing national humiliation of the Trump presidency. He then argued powerfully that we deserve Trump:

“we” … The people of the is country – as a whole. We… the people… are pissed off at the guy at the bus stop at 5am going to his first minimum wage job. Worse yet… we hate him for it – he’s a leach. We…. the people… convince ourselves we are the victim. We… the people… are mad at the guy in front of us while driving simply because he is there, and as we fly around him give him the finger. Not even caring that he is probably just lost and finding his way. We… the people say “don’t tread on me”…. “screw the other guy (even if he is our neighbor)”….and “me first”. We the people… value the kind of man Mr. Trump is. “he says what I want to say…. he acts like I want to act.” Yes… we. IMO…We.. as a whole… are not good people. And we… the people of this country… got exactly the kind of man “we” really are.

I emotionally identify with my friend’s sentiments but I respectfully disagree. To quote Barack Obama: “This is not who we are”. To go one step further I agree with Dr King’s insight that the United States is an inherently just society which is simultaneously the home of intolerable injustice.  He then understood that if you can force America, or at least the just middle to bear witness to injustice then you can awaken the conscience of a just society and create the political reality necessary to overcome injustice.  The complication is that the republic was born with a huge cancer inside it of injustice, the injustice of the dehumanization of the other and the development of elaborate philosophical and semantic frameworks to justify stripping the dehumanized other of every right that accompanies humanity.

To put it in different terms, we created a republic in the name of “We the people” but never defined who the people are and have continuously used, in law and in relationships between individuals, the mechanism of excluding “others” from the “people”.  Although we have progressively decreased the manifestations of that injustice we’ve also learned and taught each successive generation to avert our gaze unless we are absolutely forced to see that injustice straight in the middle of our vision.  There is a also an unreachable segment of the population that Trump speaks to directly who will never be able to see some people as anything other than “other”.

The real tipping point though in the story of how we ended up with Trump is that those of us who should know better got lazy.  News turned into entertainment.  “Quality news” pretended to be journalism while actually degenerating into a “he said / she said” soap opera of false equivalence which placed no value in objective truth.  If objective truth was discussed it was placed in the ghetto of “fact checking” rather than being treated as the central purpose of journalism.  Smart educated people who should have known better went along with this degeneracy of journalism and refused to say that the emperor had no clothes.  To allow ourselves to excuse our complicitness in this decadence we label the ugliness we see now as “Trumpism” so we can say it is something new. The “newness” of Trumpism gives us an excuse for not calling out the decades long slide of mainstreaming of othering and authoritarianism into the mainstream of one of the two great parties. The concept of “Trumpism” allows us to label this as something new which we can denounce as opposed to something that has stared us in the face all along that we refused to call out. The concept of “Trumpism” allows us to make ourselves believe we are genuinely surprised when we, as people who should know better, are forced to stare at the ugliness beyond our fortresses of privilege and ask “How can this be happening today?”

Reagan was right: “Freedom is a fragile thing and is never more than one generation away from extinction. It is not ours by inheritance; it must be fought for and defended constantly by each generation”.  We got lazy as a polity and we got the predictable outcome.  On the other hand, I’m getting somewhat optimistic: It is unavoidable that when we look back at this period we will regard the Trump presidency as a period of national shame and humiliation. However I think we will also see that we got lucky:  Trump and Bannon do not appear competent enough to establish an authoritarian regime and overturn the republic.  We may regard them as a painful warning that caused us to engage in a period of renewal of the intuitions of the republic and and a re-education in the obligations of citizenship. (The word “painful” should not be taken lightly though. This “warning” has and will continue to destroy many, many lives).

We’re only a month and a half in so a lot can go wrong but I’m feeling optimistic that we will get through this.  The press seems to be re-learning the role of journalism. We are re-learning the skills of civic engagement, we engage in acts as solidarity with other communities as a matter of course and most importantly we are relearning the core imperative of engaged citizenship in a just republic: bearing witness to injustice.

On the other hand I chose to be American so I would look for a cup half full perspective.  Maybe the right perspective was Jon Stewart’s on Colbert’s show a few weeks ago which was that if we survive this with the republic’s institutions intact we will prove that America truly is great.

What happens in the next four years will depend heavily on whether Trump is right or wrong about how little Americans care about their democracy and the habits and conventions that sustain it. If they surprise him, they can restrain him.

Public opinion, public scrutiny, and public pressure still matter greatly in the U.S. political system. In January, an unexpected surge of voter outrage thwarted plans to neutralize the independent House ethics office. That kind of defense will need to be replicated many times. Elsewhere in this issue, Jonathan Rauch describes some of the networks of defense that Americans are creating.

Get into the habit of telephoning your senators and House member at their local offices, especially if you live in a red state. Press your senators to ensure that prosecutors and judges are chosen for their independence—and that their independence is protected. Support laws to require the Treasury to release presidential tax returns if the president fails to do so voluntarily. Urge new laws to clarify that the Emoluments Clause applies to the president’s immediate family, and that it refers not merely to direct gifts from governments but to payments from government-affiliated enterprises as well. Demand an independent investigation by qualified professionals of the role of foreign intelligence services in the 2016 election—and the contacts, if any, between those services and American citizens. Express your support and sympathy for journalists attacked by social-media trolls, especially women in journalism, so often the preferred targets. Honor civil servants who are fired or forced to resign because they defied improper orders. Keep close watch for signs of the rise of a culture of official impunity, in which friends and supporters of power-holders are allowed to flout rules that bind everyone else.

Those citizens who fantasize about defying tyranny from within fortified compounds have never understood how liberty is actually threatened in a modern bureaucratic state: not by diktat and violence, but by the slow, demoralizing process of corruption and deceit. And the way that liberty must be defended is not with amateur firearms, but with an unwearying insistence upon the honesty, integrity, and professionalism of American institutions and those who lead them. We are living through the most dangerous challenge to the free government of the United States that anyone alive has encountered. What happens next is up to you and me. Don’t be afraid. This moment of danger can also be your finest hour as a citizen and an American.